Jointly sponsored by the Organizing Committee of China manufacturing power forum, Qingdao Double Star celebrity group and hosted by Chinese think tank, the "98 anniversary celebration of China manufacturing Power Forum entering into double star celebrities and double star celebrities" was held in Qingdao on September 9, 2019. With the theme of "Centennial double star Oriental shoes king", this forum has keynote speech, round table forum, closed door meeting, exchange and visit, etc. to discuss how to open up a good medicine recipe for the construction of an open economy in manufacturing industry, help enterprises to celebrate Centennial activities, and discuss the future development plan of enterprises.

On the morning of September 9, Liu Lihua, deputy director of the Economic Committee of the CPPCC National Committee and former Vice Minister of the Ministry of industry and information technology, Xin Wang, President of the Chinese think tank Research Institute, Wang Hai, President of the double star celebrity group, and other experts and entrepreneurs visited the double star footwear industrial park, witnessing the glorious past and grand future of the two stars in the past century. During this period, leaders highly affirmed the achievements of the two star celebrities in the past. At the opening ceremony, the guests listened to the new generation of representatives of double star footwear and clothing, who told the story of the development of double star celebrities in the past century, the story of double star craftsman and the three word Manual of shoe making process operation, entitled "inheritance of craftsmanship in the past century". 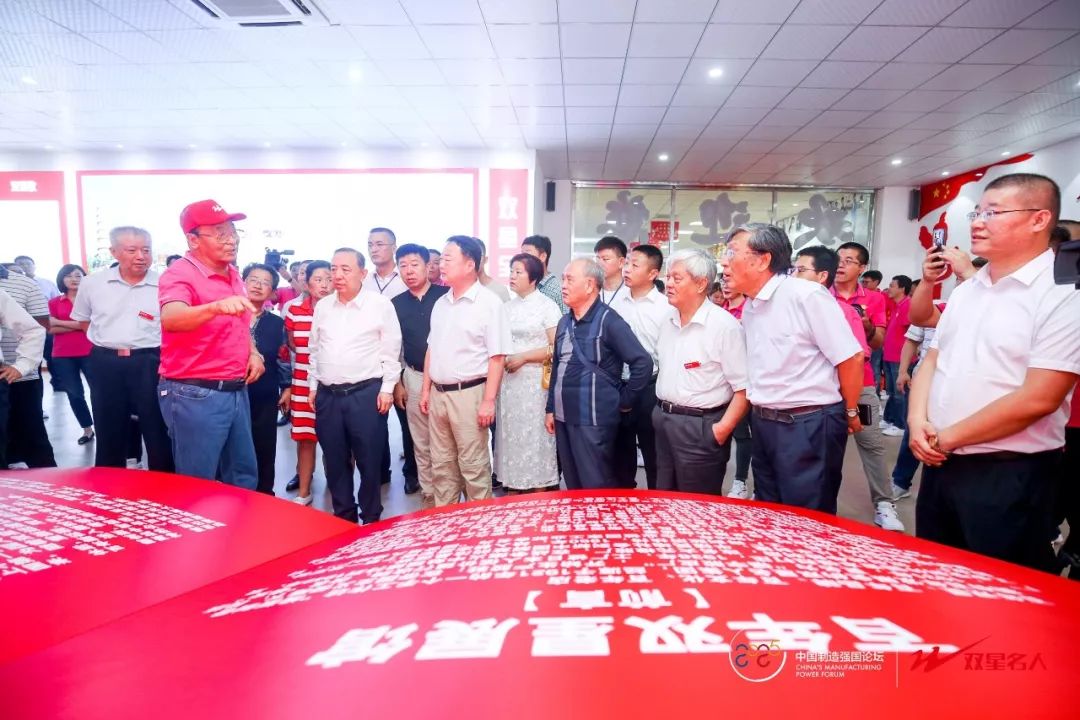 In the afternoon, the "forum of China's manufacturing power into the double star celebrity group and the summit forum for the 98th anniversary celebration of the double star celebrity" was held in the double star footwear industry park. Liu Lihua, deputy director of the Economic Committee of the CPPCC National Committee and former Deputy Minister of the Ministry of industry and information technology, Li Shizhong, member of the 9th and 10th CPPCC National Committee and Deputy Minister of the former Ministry of chemical industry, special researcher of the Counselor's office of the State Council and Lao, China. Yang Zhiming, President of the society of sports, former Vice Minister of the Ministry of human resources and social security and Deputy Secretary of the Party group, Qu Xianming, member of the national manufacturing power construction strategic advisory committee, Feng Wei, deputy director of Qingdao Municipal Bureau of industry and information, Chang Xiuze, a famous economist and senior researcher of China Academy of macroeconomics, Mei Zhiming, a famous economist and researcher of the Institute of international trade and economic cooperation of the Ministry of Commerce Xinyu, an expert in business management, Zhang Xiuyu, the theoretical editor of ABW, the general of market's way to business, Xin Wang, the president of Chinese think tank Research Institute, Wang Hai, the president of double star celebrity group, and other experts and leaders attended the forum. 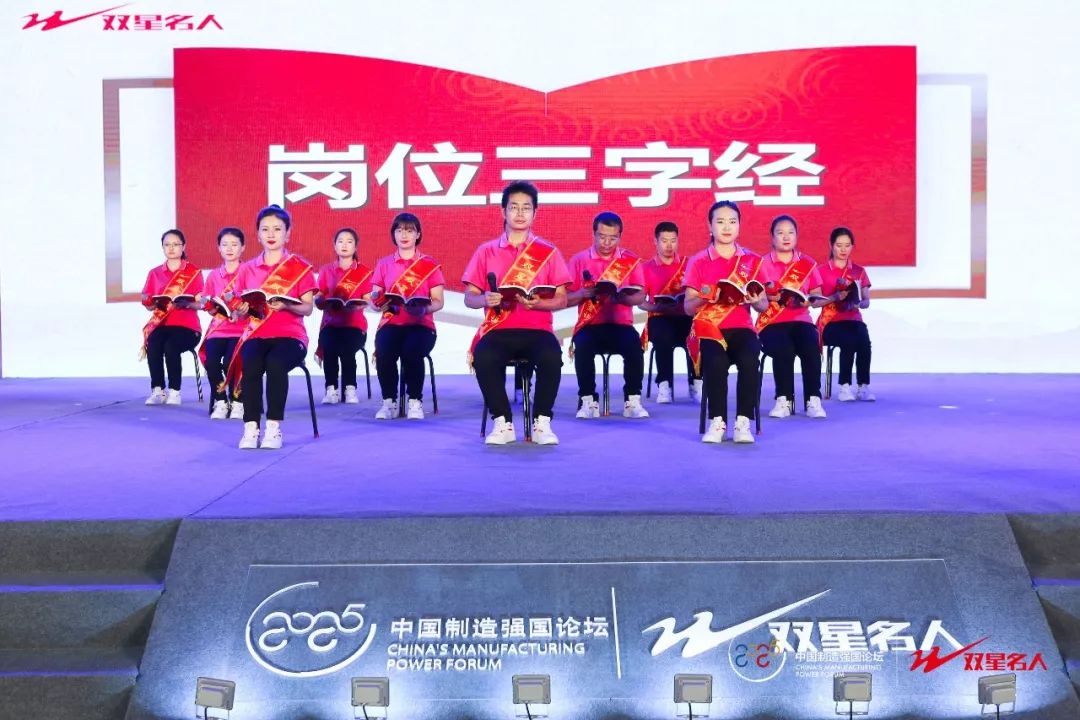 Minister Liu Lihua and deputy director Feng Wei delivered opening speeches respectively. Minister Yang Zhiming, the expert present at the meeting, brought the keynote speech of "craftsman of great powers ⋅ inheritance of ingenuity". Director Qu Xianming brought the topic of "intelligent manufacturing ⋅ transformation and upgrading". Chang Xiuze delivered the keynote speech of "protection and inheritance of entrepreneurship" from the perspective of entrepreneurs. Mei Xinyu focused on the theme of "impact of Sino US trade war on China's consumer goods export and Countermeasures" to the near future. The situation of international trade market has been deeply analyzed. The round table dialogue focuses on the theme of "century double star Oriental shoes king". The dialogue guests give suggestions on how to explore a higher level development mode of manufacturing and processing industry for century double star enterprises. 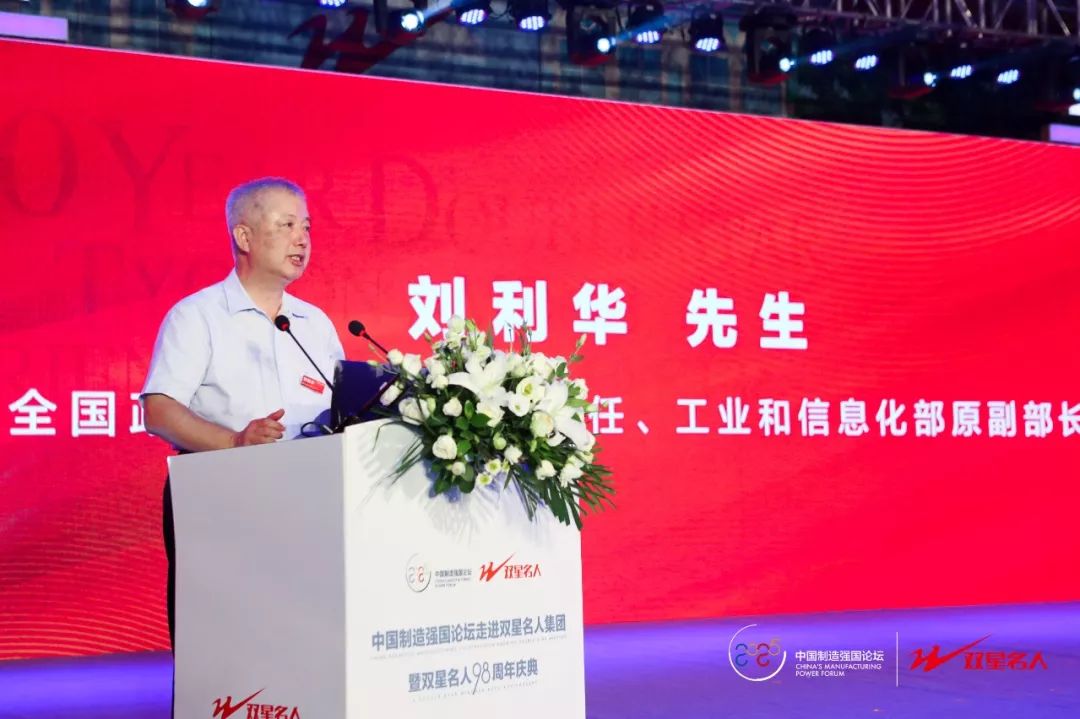 Liu Lihua, deputy director of the Economic Committee of the CPPCC National Committee and former Vice Minister of the Ministry of industry and information technology

President Xin Wang made the final closing speech, expressed thanks to the guests present today, and summarized that the speakers of this forum have prepared the speech content very fully, and listed practical reference cases and put forward very specific suggestions based on the development of the twin stars from the aspects of big country craftsman, entrepreneurship, international trade, etc. In such a period of 98 years, Shuangxing will surely continue to be brilliant and go to the next century.

In the evening, a large-scale art celebration performance of "Centennial double stars reading brilliance together" was held in the shoe industry park. Famous artists from Qingdao literary and art circles and quyi circles assisted in the art performance. Together with nearly 200 literary and art workers from Qingdao double stars celebrity art troupe, the development process of Centennial double stars was performed. The whole party was successfully concluded in the chorus of more than 600 people singing "my motherland and I" Bundle. 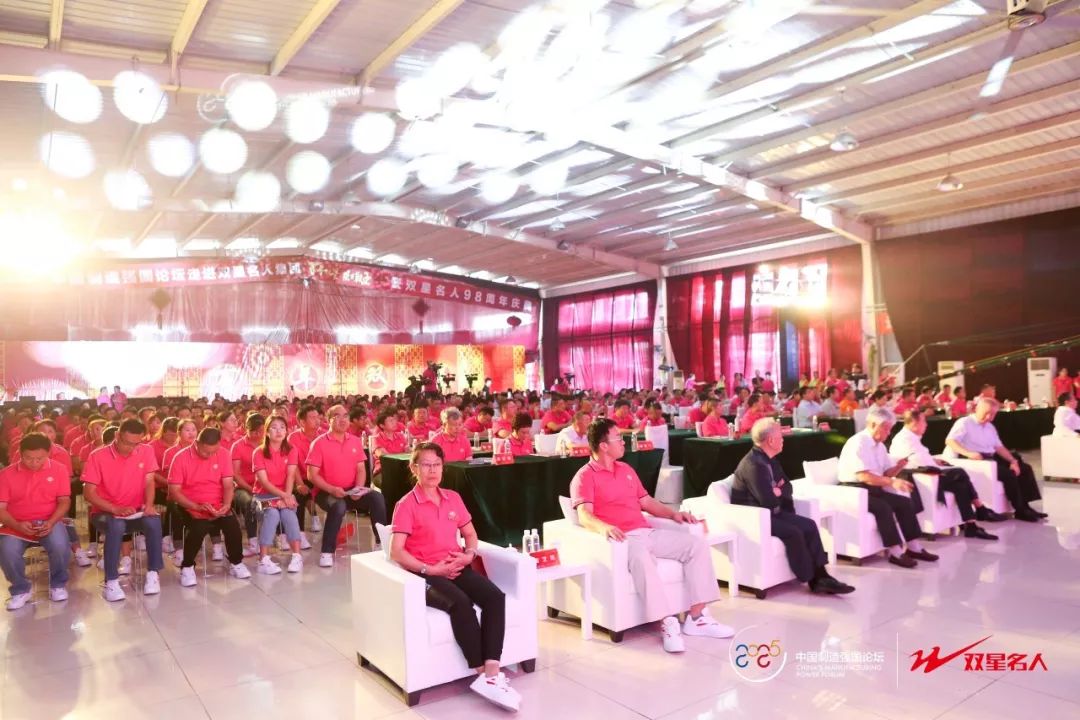 The double star celebrity group, which has a history of nearly 100 years, started in 1921 and is the earliest national shoe-making industry enterprise in China. In the early days of reform and opening up, President Wang Hai, as the first generation of outstanding entrepreneurs in China, led the two star shoemakers to break through the old concepts, old traditions and old systems of state-owned enterprises. When all state-owned shoemaking enterprises collapsed, he achieved "one show of his own" and blazed a new path of self accumulation and self-development to revitalize state-owned enterprises. In only 10 years, he created the Chinese people's own people. Family brand - double star. The forum of China's manufacturing power entered into the two star celebrity group, aiming to conduct in-depth research on the corporate culture, characteristic management and development mode of the two stars. In the era of international integration, the strength of the brand has been enlarged, and embracing the Internet has become a necessary link for traditional manufacturing industry to break through the existing discovery mode. The national brand represents the productivity of a country. As a benchmark enterprise of Qingdao, the double star celebrity is responsible for giving full play to the regional advantages and unlocking the new momentum of economic development. In the process of China becoming a manufacturing power in the new era, the two star celebrity enterprises in the process of great change will also adhere to the principle of "dare to be the first in the world", continue to innovate and deepen the reform, join hands with the majority of national enterprises, help China to achieve new breakthroughs in manufacturing, create international famous national brands, and contribute all the strength of the brand for a century to realize the great rejuvenation of the Chinese nation.